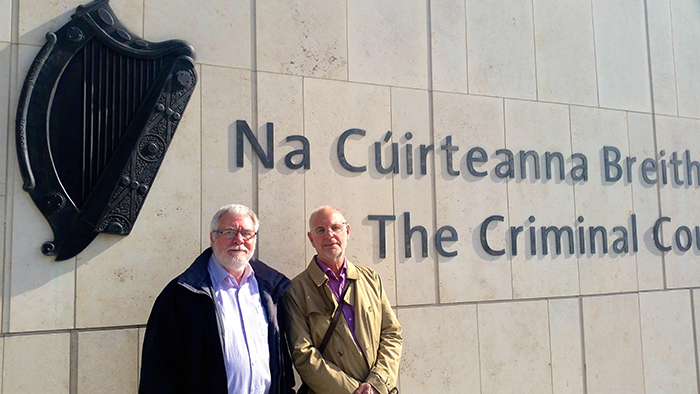 The College of Psychiatrists has warned against assisted dying legislation, saying it is not compatible with good medical care and its introduction could place vulnerable patients at risk.

With a special Oireachtas committee due to examine the Dying with Dignity Bill (2020) in the new year, the College of Psychiatrists has published a position paper on physician assisted suicide and euthanasia (PAS-E).

It claims allowing the practice could have “unintended consequences” and would go against traditional Irish Medical Council ethics guidelines.

“Where physician-assisted suicide and euthanasia are available, many requests stem not from intractable pain, but from such causes as fear, depression, loneliness and the wish not to burden carers,” it said.

Even when safeguards are introduced to ensure that the choice for induced death is made with clear knowledge and full consent, intentions regarding induced death can often fluctuate over short periods.

It also warned that the techniques used to bring about death can themselves result in considerable and protracted suffering.

“Perceived pressures in favour of induced death can be subtle,” it said.

“These cannot be excluded by tests of mental capacity, such as those used in psychiatric practice.

“We believe it will place vulnerable people at risk, and we believe that there will be unintended consequences, such as an increase in the numbers requesting euthanasia or assisted suicide.”

The position paper also says doctors should not be “coerced” to act against their values adding: “Physician-assisted suicide and euthanasia are contrary to the efforts of psychiatrists, other mental health staff and the public to prevent deaths by suicide.”

The report considers ethical issues surrounding assisted dying and says grounding it in legislation could itself prove problematic.

“Even with an intention to introduce euthanasia under very restricted safeguards, there are serious grounds for fearing that the practice would inevitably become more widespread,” it said.

“Two issues are at stake here. On the one hand, there is the “slippery slope” argument, according to which, even if a line can in principle be drawn between PAS-E for terminal and non-terminal illness, an expansion of criteria will occur in practice because the safeguards to prevent it cannot be made effective.

There is good international evidence by now that euthanasia safeguards and controls are regularly flouted. Where euthanasia or assisted suicide have been legalised in a country, the number of people dying in this way has increased by approximately 500%.

It also said there is a “logical inconsistency between allowing PAS-E for suffering in one setting and denying it for such suffering in others, an inconsistency which could (and probably should) be unmasked as discriminatory on constitutional appeal”.

It says PAS-E is opposed to good medical practice and represents a “detrimental and radical change” in the practice of medicine and recommends that it not be introduced.

Instead it says there should be improved palliative care and enhanced psychiatric care for the terminally ill, as well as the easing of any burden on care-givers.

One of the contributing authors, consultant liaison psychiatrist Dr Eric Kelleher, said: “We are acutely aware of the sensitivity of this subject, and understand and support the fact that dying with dignity is the goal of all end-of-life care. Strengthening our palliative care and social support networks makes this possible.”

Another contributing author, Dr Siobhán MacHale, consultant liaison psychiatrist, said: “Both sides of this debate support the goal of dying with dignity, but neither the proposed legislation nor the status quo (as evidenced by both clinical experience and the power of this debate) is sufficient.”

Campaigner: Argument has been forward ‘numerous times before’

Campaigner Tom Curran, whose late wife Marie Fleming was at the forefront of the assisted dying debate in Ireland, said the College of Psychiatrists argument has been put forward “numerous times” before.

“The thing they are taking out of it is whose choice is it?” he asked.

It’s about quality of life — it’s not all about pain.

Mr Curran said there is a contrast between a view that anyone seeking an ending of life is irrational, whereas someone committing murder is deemed to be rational.

As for the upcoming Oireachtas business on the issue, he said: “I would hope that people can discuss it and put their views forward and those views are respected by both sides, or three sides, or however many sides there are.

“I support their right to have that view.”

As for the campaign for assisted dying he said: “I hope what we could have would be a concerted effort rather than disparate little groups. I am quite open to a democracy on that.

“It is the issue that is important to me.”